Who was Joseph Pilates?

In the last decade or so, Pilates has exploded in popularity. It has come into the spotlight because of its great strengthening benefits for the back and core. This has made it appealing to so many that may not know the history of how Pilates came about. For instance, did you know that Pilates is named after a man, Joseph Pilates, who himself called his method “Contrology”?

Born in Germany in 1880, Joseph Hubertus Pilates was a frail child who suffered from many ailments early in life. Because of this, he dedicated his entire life to becoming physically stronger. Joe had an array of athletic pursuits including body building and gymnastics. As a young man living in England, he earned a living as a boxer, self-defense trainer, and circus performer. Pilates was interned during World War I with other German citizens. It was here that he first began to develop his method while training other inmates.

After the War, Pilates immigrated to the United States. He and his wife Clara founded a studio in New York City and began to teach his method. Joe soon established “Contrology” within the NY community and especially in the dance community. Dancers like George Balanchine and Martha Graham were devoted to his method.

Joseph Pilates practiced what he preached and lived to the ripe old age of 87. His method is used worldwide by athletes, those recovering from injury or suffering back pain, and anyone who wants some healthy movement in their life. After so many years, it is wonderful to see Pilates finally recognized for the amazing benefits it offers and become a part of the popular fitness culture. I certainly believe it’s here to stay. 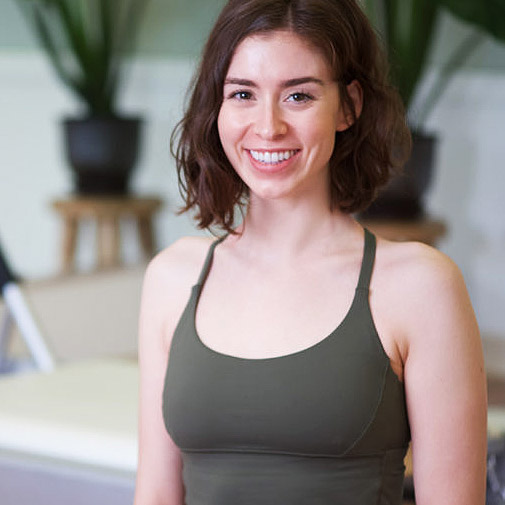 LMT, Pilates Instructor
and Founder of Inertia6
Rachael has a passion for movement and her athletic training and experience give her body-awareness and insight.
Read more…